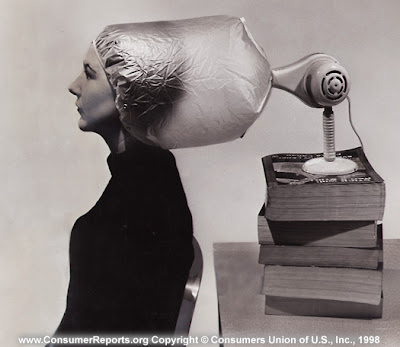 Thanks to Sadie, I am doing this too. Since I know she is an awesome crafty gal, I couldn't resist. The first three people to respond to this post will get something made by me! My choice. For you.

This offer does have some restrictions and limitations:

1. I make no guarantees that you will like what I make!

2. What I create will be just for you.

4. You have no clue what it's going to be. It may be a story. It may be poetry or something sewn.

I may draw or paint something. I may bake something and mail it to you. Who knows? Not you, that's for sure!

5.The catch? Oh, the catch is that you must re-post this on your blog and offer the same to the first 3 people who do the same on your blog. The first 3 people to do so and leave a comment telling me they did win a FAB-U-LOUS homemade gift by me! I do promise fabulosity here folks...
Hurry and sign up before your brain is sucked out!
Posted by Momza at 12:56 PM

Email ThisBlogThis!Share to TwitterShare to FacebookShare to Pinterest
Related blogland gifts, Silly Me

Momza
Momza to 7 children. Granmomza to five. Interior Design Student, Doula, Home Stager, Merchandiser, Annie Sloan Chalk Painter; Consultant, Lover of the Colorado Rockies, South Carolina Peaches, Florida native. Married to my own Mr. Wonderful. Realizing my life is so much more exciting than I thought it would be. Contributing Writer and (past) Editor for the Mormon Mommy Blogs, Divine Caroline, and Segullah. Published in Deseret news, lds radio, The Barrel and other exciting blogospheres! 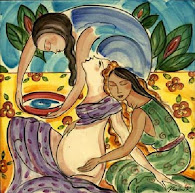 My Life as a Midwife

Blogs of My Addiction

Ari showed me her math assignment: "Have you seen this before?"
Me: "Um, yeah. Not since I was in school though."
Ari: "OK. So it's a legitimate thing. I just wanted to make sure my teachers weren't lying to me."
Bee: "I thought it was 'Tequila Mockingbird', not "To Kill a Mockingbird."
From the wedding:

Jud's oldest brother: Tell Mom not to come up to see you while on your honeymoon.

Jud: What? She came to see you?

Boofus to Momza: "I have black hair in my armpits! Just on this one arm though. I WISH I could move some on the other arm!"

Boofus: "I also have hair growing on my chest. Twelve hairs! I counted!"

Arianna: "Mom, can I borrow one of your sweaters?"

Momza to Joseph, as he's getting ready for school:

"Hey, didn't you wear that shirt yesterday?--It's dirty, go put on a clean one."

Momza: "I am not smelling you. It is too dirty--go put on a clean shirt. You're not wearing that to school."

Momza to 10 yr old Primary boy who wouldn't stop leaning back in his chair:

"I think you should know that I get queasy at the sight of blood. If you lean back in your chair and get hurt, after I've told you not to, I'll probably vomit--and if I do, it'll probably get on you."

Ari, after overhearing what I said, whispered, "Mom, you're a doula, you see blood all the time. It doesn't make you sick."

Momza: He doesn't know that.

"Is the Master here?"

Boofus, from upstairs: "I can't play until my room is clean!"

Boofus: "Yeah, they do everything I say. I'm their Master."

Daisie, from the backseat of the car, while Diana is changing up the radio station:

"No country please. You're destroying my brain."

Valentines Day Dinner. Boofus to Dad, while eating the chocolate fish I gave him:

"This was the worst Valentine's ever. Mom KISSED me in front of Nathan!" (N. is his best friend who happened to be standing there when I gave B. his chocolate gift.)

Momza at the dinner table: "So, at work today, I was talking to Juan..."

Boofus: "Who? I mean, WHO were you talking to?"

Caboose, chiming in: "The Chinese-Mexican, Wong!"

The Caboose to Momza: "If you won't get me a cellphone, then you can just send me to a foster home."

Momza:"Hold on while I GOOGLE foster homes in Colorado. N' while I do that, you should go ask Daddy if it's ok to send you away."

The Caboose returns: "Daddy said 'No'."

Boofus, pinching his fingers together, showing them to me:

Momza: "Pick up your room, then brush your teeth, and don't forget to pack your lunch."

The Caboose: How do you spell "diary"?

"You need to wash your hands before you touch the baby."

Boofus: "I did. I licked them twice."

Diana, who has just spent 45 minutes with Daisie, who'd been chewed out by Momza earlier:

"OH. MY. GOSH. MOM! How do you stand it? She drives me crazy! She acts like she's the only one whose ever been almost 15 years old! She made me so angry! All of her freaking whining! How do you stand it?! --Wait?--Is that what I sound like to you? Ohhhh Mommmm, (laying her head on my shoulder), I AM SO SORRY!!!"

Dad to Boofus, who asked him to do something he didn't want to do:

"What? Do you have a piano tied to your butt?"

Boofus, who was pestering the Caboose:

"You're nuthin' but a penny-loafin' Democrat."

Dara to Bee, after she threatened to tell on her for something:

"You think I care if you tell Dad on me? I get in trouble on a daily basis."

"What do you mean when you say 'think about the words you say'? I never think about what I'm saying."

Walking thru Walmart, the Caboose says:

Ari to Momza after seeing a personalized ornament with Joseph's name on it:

Momza: "Because there wasn't one with your name on it."

Ari: "Ugh. Why couldn't you name me Samantha, Rachel or somebody?"

Ari: I don't have any buttons. I don't collect buttons.

Joseph to the dog: "C'mon girl--shake what your momma gave you!"

The Caboose, while I am fixing her hair for school:

"I don't want my ponytails braided."

"Because it shows my inner beauty."

The Caboose: "I don't like my middle name. It's embarassing, it's not cool. It makes me awkward."

Momza: "Really? Hmmm, well what name do you like?"

Momza: "Okay you can change your name. What would you like to be called?'

The Caboose: "Arianna Madeline Hope A."

Momza to Boofus, after he'd spilled some hot cocoa on the counter:

"Hey, what do you do when you accidentally make a mess?"

"No, where on her body is she bleeding?"

Diana's heading downstairs, as the kids are leaving for school:

I'm going down to take a shower and I won't see you before you leave for school!"

Diana, after reading the headline, "Gaining Weight is All in Your Head"--

"Of course it's all in your head, that's where your mouth is."

At dinner, Momza to Boofus:

"Okay, when we get home, you need to take a bath."

"I don't wanna take a bath. You sit in your own FILTH!"

Driving in the car:

Dad: why do girls always have to change the radio?"

Bee: "Because we have the Authority. Boys just run red lights and drink beer."

Boofus to the Caboose, when she asked him to bring her more water to the table:

Momza to kids, arguing in backseat on way to school:

"It's a good thing you guys are going to school today, otherwise I'd have to sell you on Ebay or to the Circus.

The Caboose: "What? You're going to get rid of me?"

Momza: "Well, you guys could swing on the trapeze, feed the lions..."

The Caboose: " You know I'm afaid of heights! and lions!"

Boofus, at the sink, rinsing dishes, discovers the water to be too hot. He decides to blame Dad who used the water last.

"No, it's not-- you're running the water. That's your responsibility. It's your fault--just like the war in Iraq. It's because of your failed policies!"

(All this while Pres. Obama's speech is on in the background)

"Ohhh the boy I like asked another girl out today. Her name is Suzie."

"I've never wanted to hit you. But someday I might."

Boofus: "I'm never dating. And I'm not gettin' married.Women are nothin' but trouble. And they squeeze your pressure points!"

Mr. W., laughing: "Yeah they sure do know how to squeeze your pressure points, Boof."

Momza: "Joseph, keep your hands to yourself."

Momza: "Keep your hands to yourself."

Momza: "Well you and your spoon are about to get timed out in your bedroom."

Mr. W: "I would like to bear my testimony. I have a testimony of bears. They're true."

Momza: "Did you eat breakfast yet?"

Momza:"Well, there's cereal, a bagel, fruit...I could make you some eggs?"

Boofus: "None of that sounds good."

Momza:' Well, if you could have anything you wanted, what would it be?"

Daisie: "The Best of EFY is this weekend! Can I go?"

Br. Malley, our HT pipes in, to her: "Shhhh...just go and don't say anything." to me:"But probably not the dance later."

Momza:"Oh right--okay, Daise, you can go for the talks but not the dance."

The Caboose, as we're on the elevator in the Doc's ofc:

"When they look at your throat, do they have to cut it open?"

Momza:"What??--of course not! Where'd you come up with that?"

It was then I realized, the Caboose hasn't ever been sick enough to go to a medical doctor. Bless her heart.

Ari talking to Dani on the phone about caring for the new dog:

Boofus insisted he pick out his own shirt for school...comes to me and says, "Someone took off all the buttons on this shirt!"

I flipped the placket over to reveal otherwise.

"Whew!" no button thieves in our house!"

Its lunch time, what does everyone feel like throwing up?

A sleep-deprived Momza to Mr W:

"you better take it easy and get some rest today, cuz you're headed for a ..uh..a collap-sa-tion."

"Ari, you sure want a peice of pie? You're just gonna throw it up in a bit."

::::sittin' around the table, we're talking about which temples the girls would like to be married in someday::::

Boofus, who'd been quiet thru most of the convo:"Well, if I ever decide to like

girls--and I don't now cause I hate them, and they're jerks!! --[his finger pointing to his sisters]--I want to

go to the Hawaii temple."

Boofus to Dad: You can hit me as hard you want for ten bucks.

Dad: Can I draw blood?

Dad: How about a ping with a baseball bat, how much then? 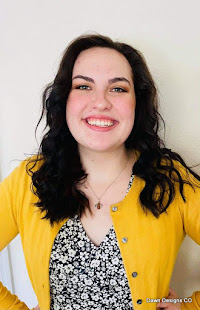 the light of our lives! 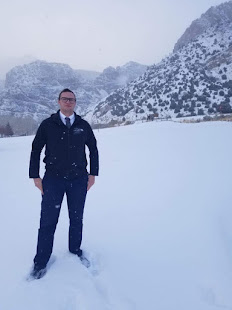 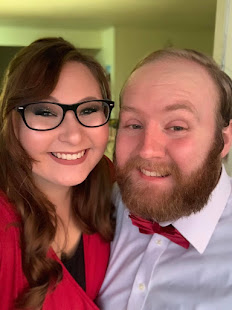 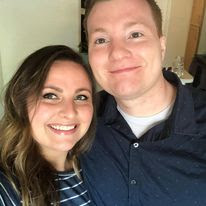 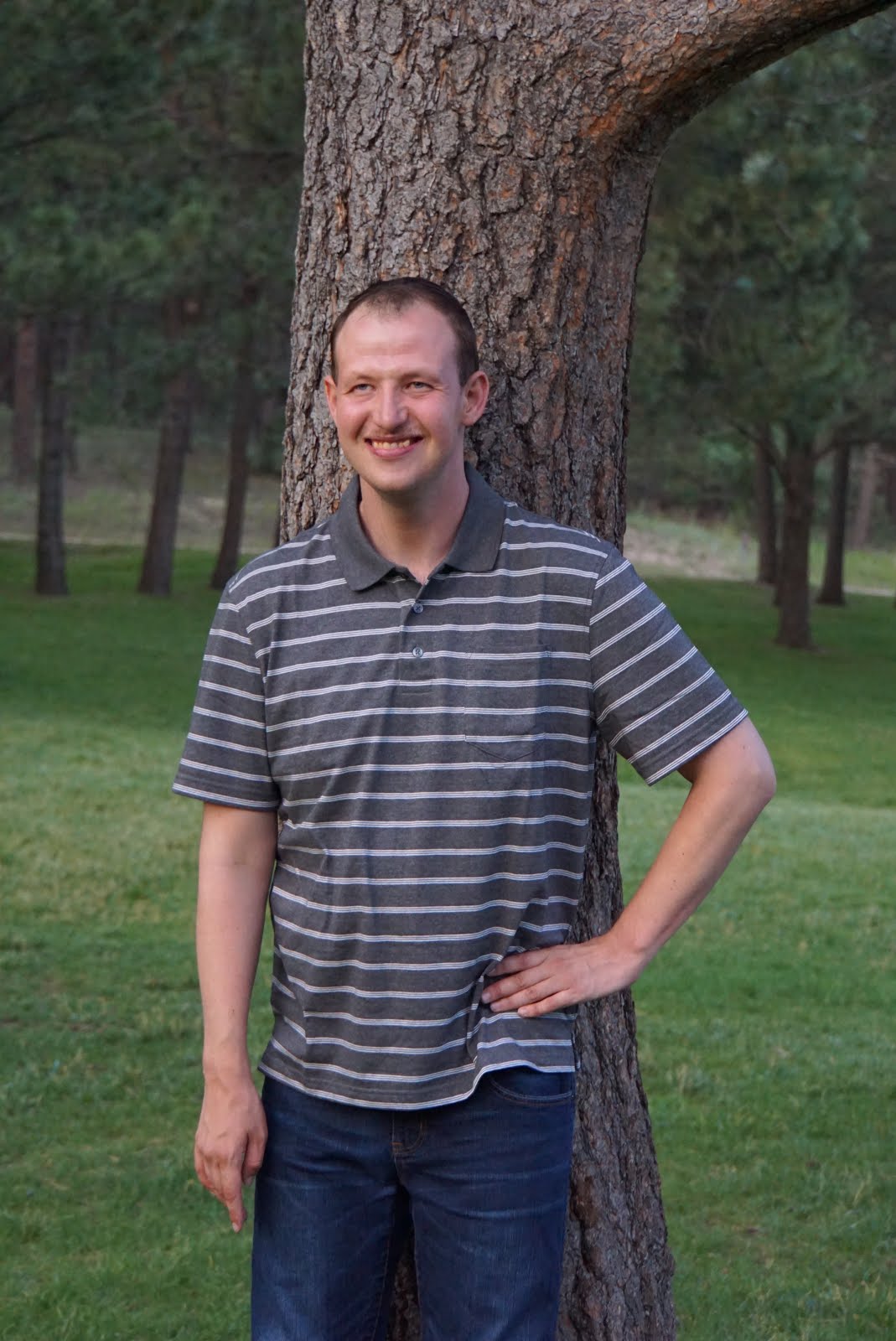 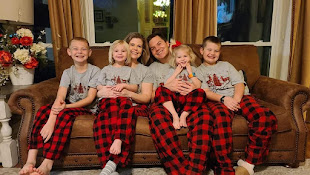 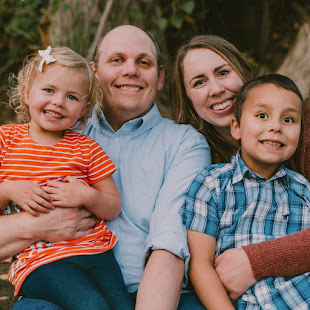 Please don't take my stuff without asking. If you wanna use something for your own purposes, give me an opportunity to say "yes!".